Our Longest Poem So Far

So yes, this piece will take you a little bit of time to read, but it's so worth it.  Let's face it, every poet writes about the seasons at some point, but this particular poem is so rich in word choice and figurative language that it stands in a class all by itself.  It is written by Colin M., eighth grader, and the artwork at the end is by Julia S., also in eighth grade.


The Kingdom of Seasons

An ominous wind rushes by
As Autumn leaves for battle
And a cold front sets in
It chains plants in cells of ice
And forces mammals into hiding
Winter is here.

Then the allies of Summer and Autumn
Rise up against the inclement oppression
And strike back with warm winds of calefaction
To vanquish the piercing mistrals
The bold leader of the rebellion takes command and frees the wildlife
Spring has retaliated.

The ice recedes, leaving life in its wake
The ground releases its hold on the lush green plants
They spring up, drowning themselves in first glimpses of sunlight
Mammals creep out of hiding places and find themselves in a captivating world of warmth
The sun smiles upon all, golden rays like an angel’s hair dripping from the sky
Bugs add a symphony of chirps at night, adding life to the sticky darkness
The flowers blossom and add splashes of purple and yellow to the green hills
Spring’s rule is fair and great, albeit short.


Spring’s sister now takes the crown, and rules over the landscape of luminescence
The sun grows powerful and strong, blazing like fire in a furnace
Animals sit in the shade of massive candy-colored trees
The air becomes swollen and heavy, resting like a weight on the shoulders of the living
Summer has come.

The animals celebrate in the glory of Summer, enjoying their freedom
The shade grows more and more visible till it becomes solid and cool
Animals cool down in the abundant water and catch silvery fish
Zephyrs float by like gifts to the overheated
And the cold that once held them back seems a distant memory.

Then a victory cry is sounded, and in ride men on horses in the distance
The general leads in a crowd of triumphant warriors
And he kneels to Summer in his golden armor, with stains of blood upon it
As he is coroneted and sits in the throne
Autumn has returned.

Autumn, though wise in his own way, cannot stop the illness brought back by his soldiers
The trees bend and lose their leaves, sickened by this newfound virus
Animals make hiding places in fear of what is soon to come
And the air seems to hold its breath in wait
Autumn is sent off to battle, unable to control his kingdom


Then there is a crack of a whip
And from nowhere comes the familiar cold of Winter
He comes to reclaim his throne in the dark times of the kingdom
And the trees and plants and animals can do nothing
As he locks them down with his icy tactics
And tempts Spring to try again. 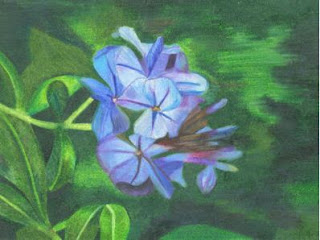 artwork by Julia S., eighth grader
P. S. Sevenatenine apologizes for recent errors on the post dated 11/14.  The post was published prematurely when we thought it was saved as a draft.  All has been corrected, and the responsible party has since been fired from Sevenatenine :)
Posted by Mr. V at 8:34 AM